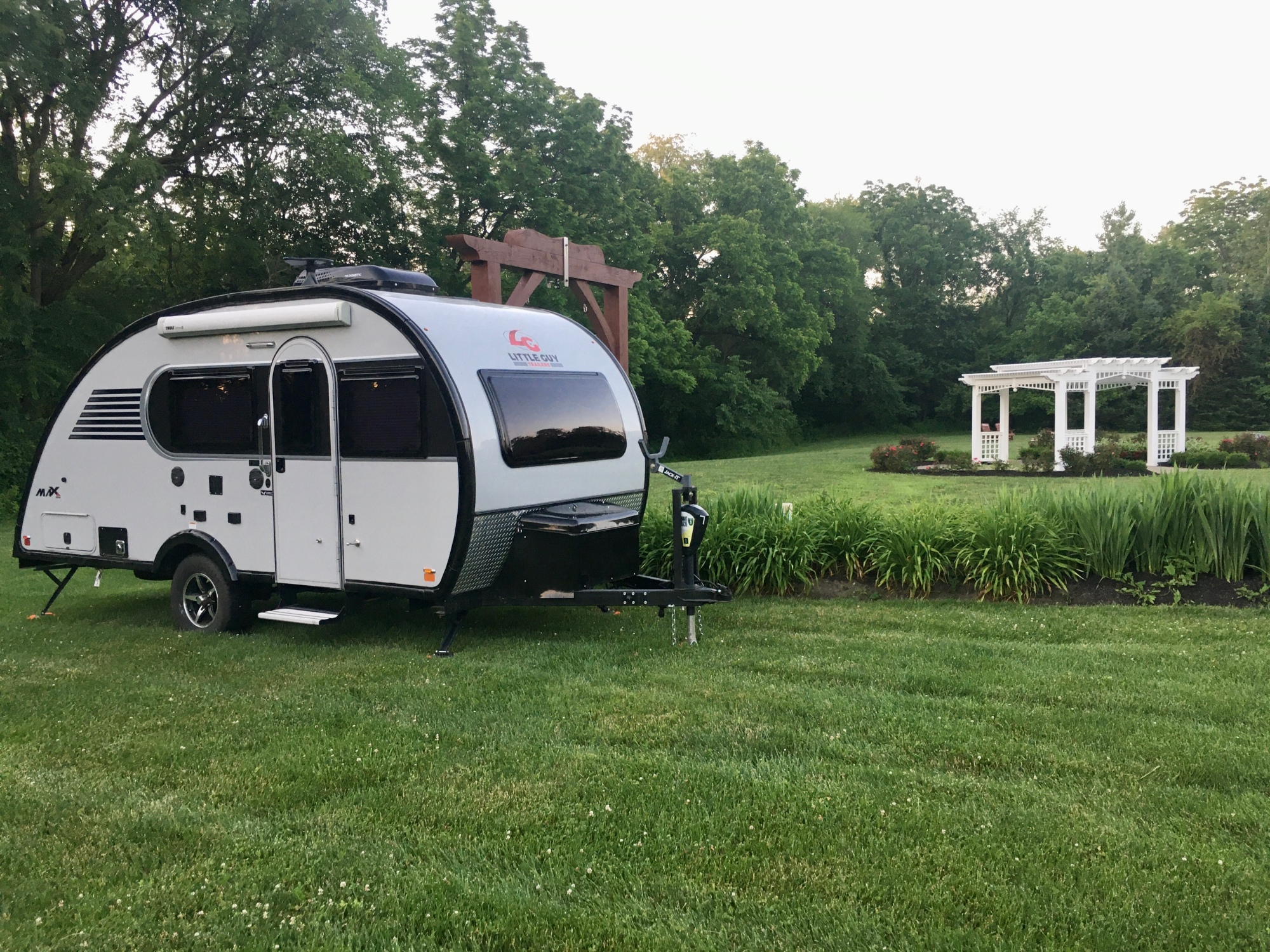 Yesterday I arrived safely and without incident at the CVI in Milan, Ohio and spent a lovely evening (and subsequent breakfast) with Robin’s family. Today I made my way south to daughter LJ’s near Cincinnati, again (gratefully) without incident. Having already done a blog post about the CVI (see June 13, 2020 post), I thought you might find it interesting today to learn a little bit about prepping the camper for travel, as it’s no small task.

The photos below show the trailer as it’s being lived in (click on the photos to enlarge). Note especially the dinette table (which can be folded down to make a twin bed), here set up for use as a table:

Anything left on the counters or table will be on the floor once the trailer is underway; I have read that an RV on the highway experiences the equivalent of an earthquake at level 4 on the Richter scale. So all those dishes, the soap bottle and the hanging travel bag have to be in the sink or in the cupboards before departure, and all the appliances (water pump, water heater, etc.) must be turned off.

It would be nice if that was all that needed attention, but no — any windows left unlatched will be torn off in the wind at 60MPH, so each window latch must be carefully inspected (there are 31 of them). The refrigerator has to be turned off, of course, because if it is not it will drain the battery completely down (and maybe the battery in your tow vehicle, too!). And the most annoying thing is that the cupboards and drawers do not stay closed on their own! If I do not bungee-cord them together, the drawers will slide out in travel, rip themselves out of their slides and crash to the floor, and the cupboard contents will join them there. So, check out the bungee string art in the following photos:

And finally, the dinette itself will slide about the cabin and bash the woodwork if it is not lowered into the bench position for travel:

All of this is to say nothing of the work that needs to be done OUTSIDE the trailer before departure: shutting off the propane, raising the stabilizer jacks and step, disconnecting the electric cord and the water and sewer hoses, stowing the wheel blocks and attaching the truck to the trailer. So, there’s a strong half hour of work to do before departure, assuming all goes smoothly and efficiently. I would say it’s no quicker than setting up or taking down a tent, but the difference is that the trailer comes with a kitchen, bathroom, refrigerator and queen bed — and it serves as basic shelter immediately, with no setup needed (say, in the event of pouring rain). And there’s no having to stow a wet tent, only to have to set it up wet again later, either!

I will close with a photo of the Little Guy at the CVI, something a bit more scenic than the trailer interiors above. LJ and granddaughter Layla will be traveling with me in a couple of days to Kentucky to visit Mammoth Cave National Park — expect another post then!