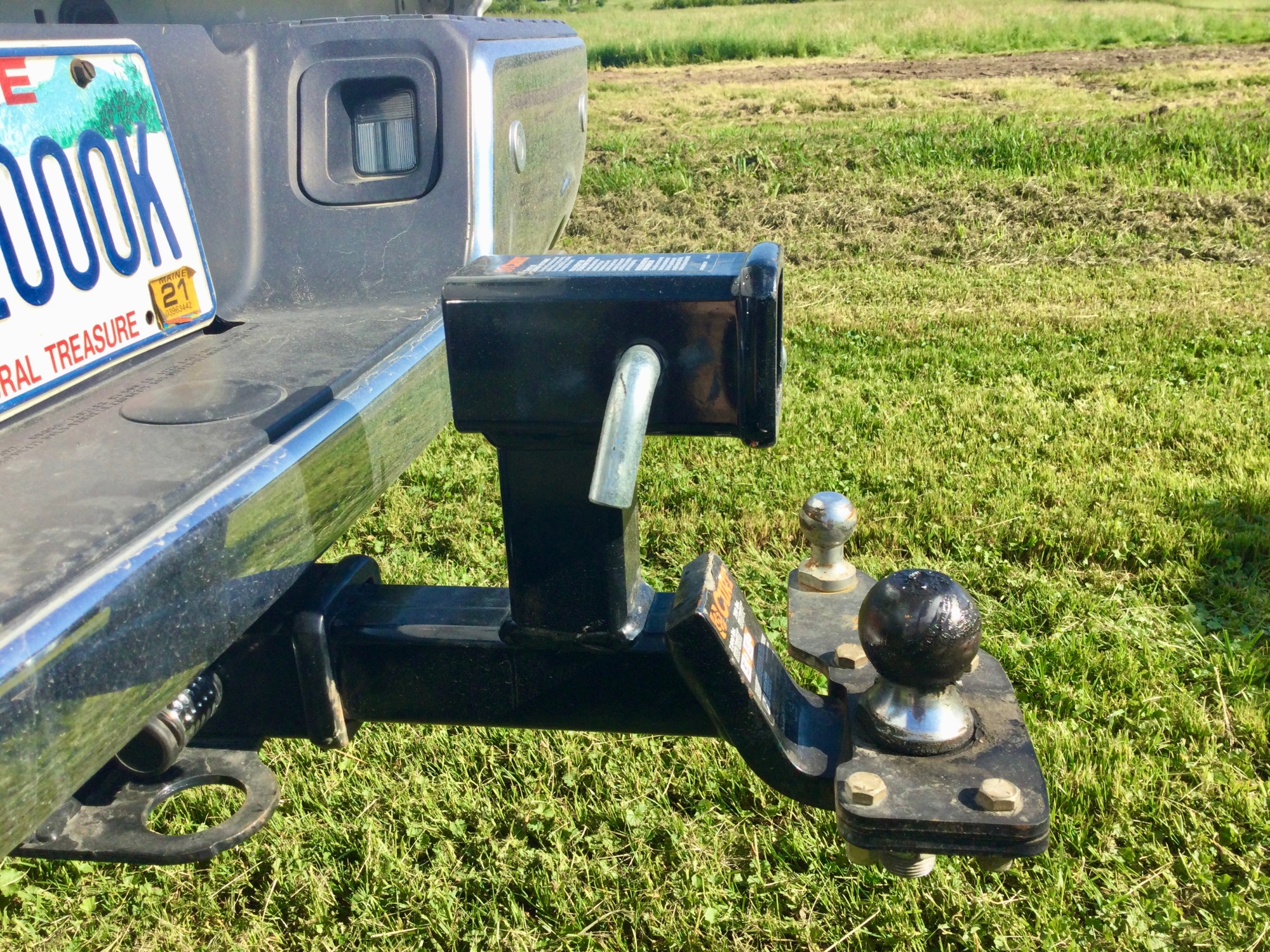 What’s to think about, right? Insert the hitch into the receiver, bolt it in, drop the trailer on the ball, secure everything and drive away! Yet……

…….for some reason, just west of Syracuse, I happened to think about the hitch ball. I can’t explain it — I had no reason whatsoever to pay it any mind at all; yet, once thought of, it became an obsession — is that hitch ball still securely attached to the hitch? I couldn’t put it out of my mind and so I decided to pull off at the next rest stop and check it. And what did I discover?

THE NUT HAD BACKED HALF WAY DOWN THE BOLT AND THE BALL WAS LOOSE ON THE HITCH!!!! Or, put another way, I was about two inches of bolt away from disaster. If that nut had dropped off, the ball would have come right off the hitch, and the trailer with it! As I think back on it now, the trailer did seem to bang excessively over the bumps, and now I know why — it was moving forward and back on the hitch with every bump! I cannot say what Providence inspired me to think about it (Robin, perhaps?), but had that trailer come loose I could have been killed. So I am profoundly grateful to whoever (Whoever?) made me think to check it. As soon as I reached under the hitch AND SPUN THE NUT WITH MY FINGERS (!!!), I reached into the truck for a wrench and tightened that nut to within an inch of its life.

And other than that, it was a pretty uneventful day! I am staying at another Harvest Host tonight, in Fredonia, NY (just west of Niagara Falls and Buffalo and two miles from Lake Erie), an aptly-named place called “Windmill Ridge”.

This property is owned by a doctor who is in the process of creating a Christmas tree farm here. There is another camper here as well, a small fifth-wheel (is that an oxymoron?!), but so far its inhabitants are nowhere to be seen. Apparently there is a lot of hiking to be done in this area and perhaps they are off doing that.

I have to say that I have been very pleased with my Harvest Host membership. While it is true that there are no amenities whatsoever at a Harvest Host (water, electric service, or sewer), they are always pastoral and private and free. There is one other rig here, true — but they are 50 yards away. Compare that to a typical RV campground, where for $50 or more you can be crammed cheek-by-jowl between a dozen other rigs with no privacy whatsoever, and you will begin to see why I prefer the Harvest Hosts.

If Google Maps is correct, I am about four hours from the CVI in Milan, Ohio. My plan is to leave early tomorrow in hopes of being there before noon; there is a family gathering planned for supper and I would like to be set up and comfy in time to visit Robin’s folks. I had hoped to have two or three days with them but the delays I experienced this week leave me to just an evening……..well, that’s the way things go sometimes. Given the situation with the hitch ball, I’m lucky to be seeing them at all!

Oh, and by the way, when I unhooked the trailer and opened it up upon arrival here this afternoon, I discovered that despite my best efforts, the big drawer under the refrigerator had come open and dropped on the floor, necessitating about a half an hour’s work replacing the ball bearings in the drawer slide and putting it all back together. As I have already done an extensive post on the CVI, I will use tomorrow’s effort to show you how I prepare the trailer for travel, as it is quite a process. Thanks for following along on this trip and hopefully I will report from the CVI tomorrow!