What makes a great motorbike road?  In my opinion, three things:  excellent scenery, lots of curves, and quality pavement.  By these measures the Cabot Trail heads the list (see previous posts); the Park Loop Road in Acadia National Park is a close second and would be its equal if it were longer.  Third in this top tier of great motorbike roads in the northeast is New Hampshire’s Kancamagus Highway, NH-112, which connects the Conway area with Lincoln via NH-16 just south of North Conway.  It might be higher up the list if the pavement had not decayed in the past couple of years — but the eastern section was disappointingly rougher this trip than what I remembered it from previous years.

At any rate, it remains an outstanding trip and a good introduction to mountain motorbiking; in fact, I would recommend it as an excellent precursor to a Cabot Trail trip.  Late this past August, Francis and I decided to ride it again when our plans to take a ferry to Vinalhaven Island were stymied by high winds and waves from Hurricane Francine.  Bad weather to the east?  Then go west! 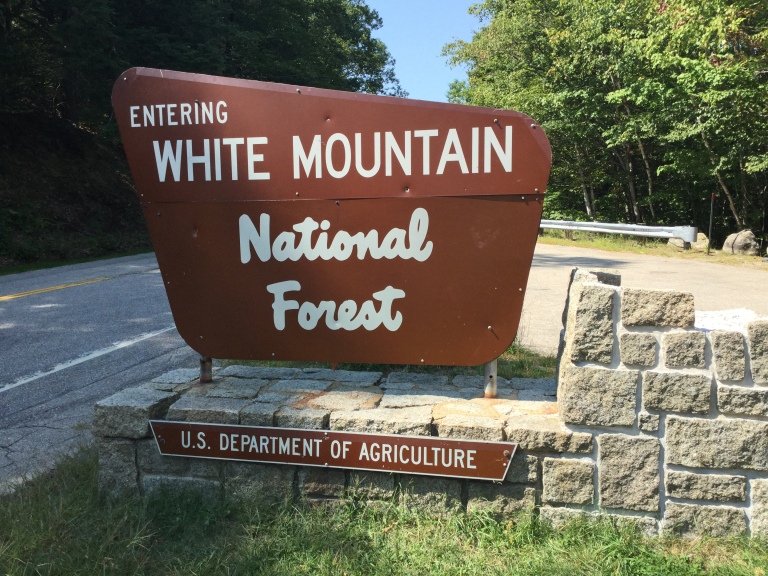 This sign greets you as you make the turn onto NH-112, as the Kancamagus winds through the White Mountain National Forest.  Kancamagus himself, as it turns out, was a local Native American chief, described by this helpful sign next to the Swift River at the beginning of the route:

The Kancamagus follows the Swift River for several miles as you head west on NH-112; there are several outstanding scenic views of the river on the right side of the road, but in this year of extreme drought the river is more of a rock pile than a photo op: 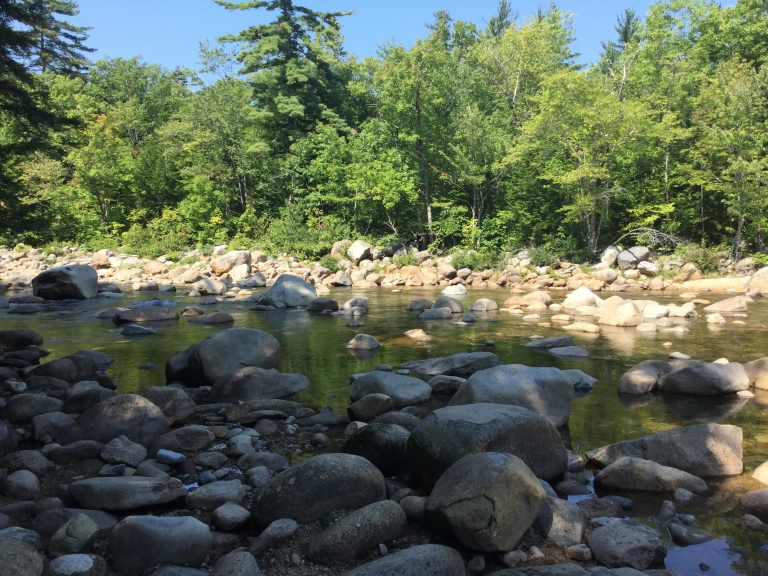 However, there is a lovely rest area a few miles into the trip, which was being heavily used by the locals as a swimming hole on the hot August afternoon of our visit. 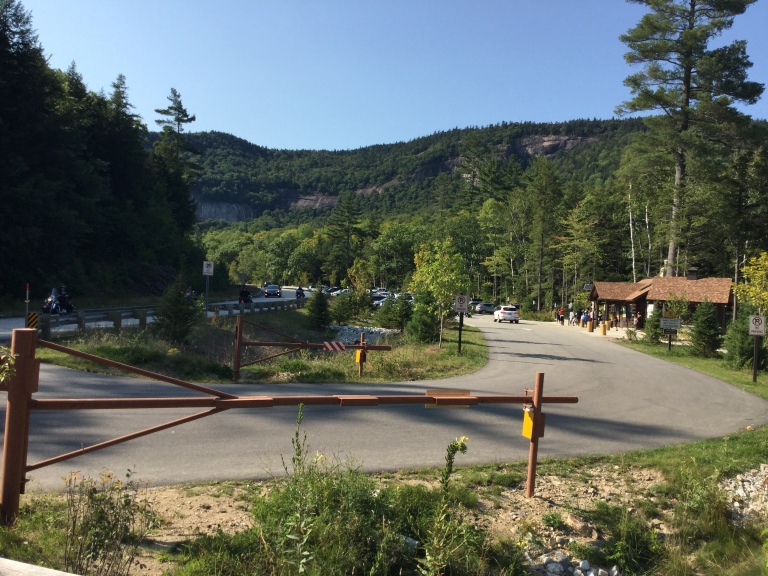 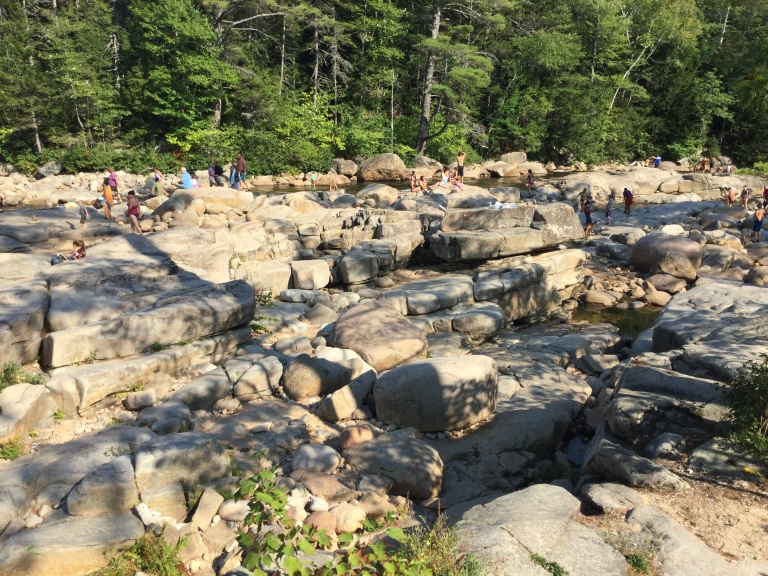 Several people could be seen sliding down the waterfall which appears near the center of the photo above.

About halfway along the Highway, the lovely Lily Pond appears roadside. Francis and I stopped to enjoy the view and take a few sips from our water bottles. 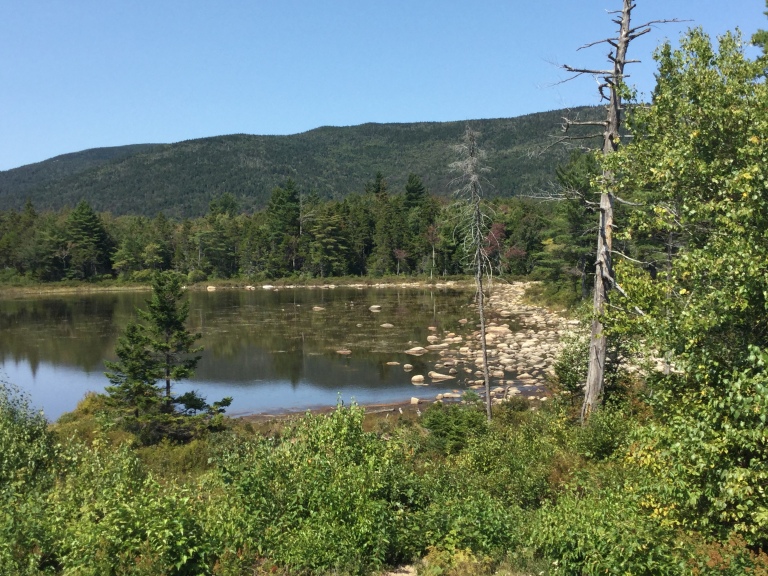 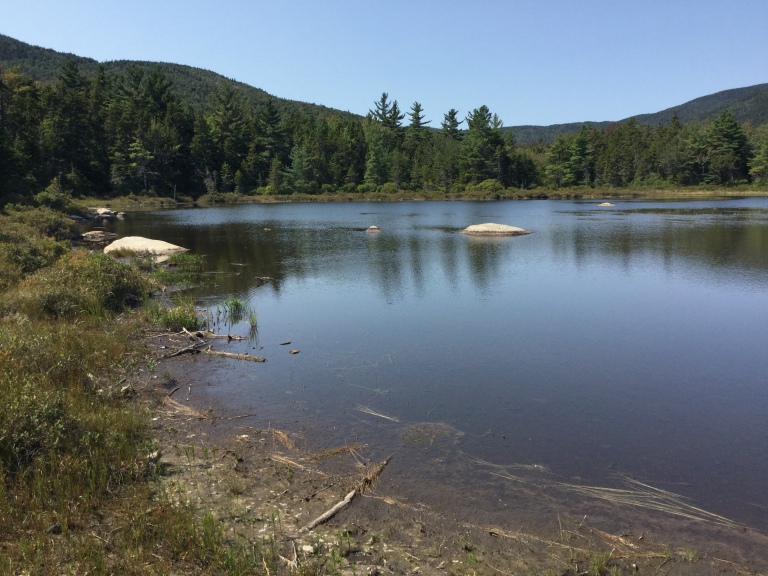 The highway ascends into the White Mountains of New Hampshire and provides several excellent pull-off rest areas from which to enjoy the mountain views. 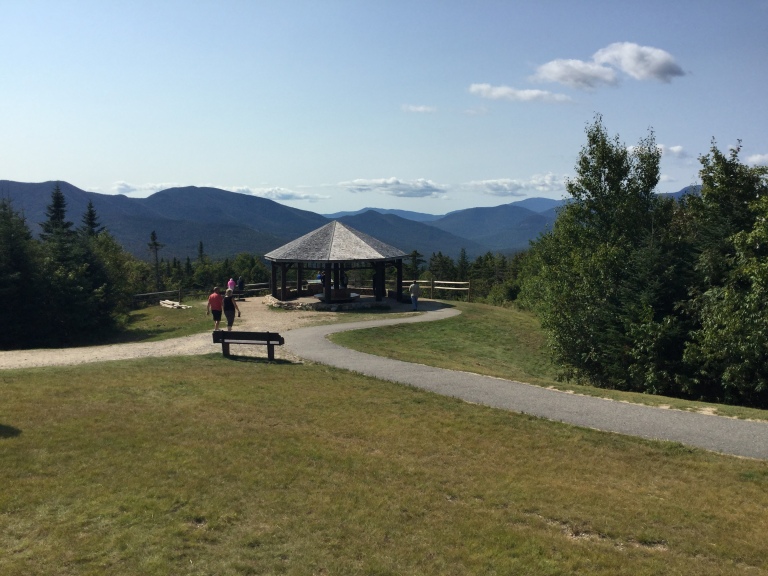 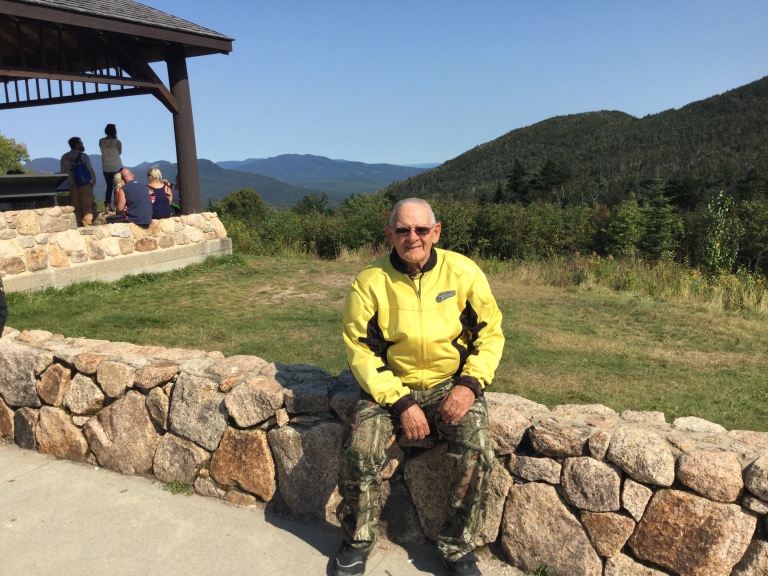 In fact, the views are so panoramic that a photo does not do them justice.  I took a couple of videos with the iPad, panning left to right across the scenery to give you a better idea of the spectacular vistas; but then I discovered I would have to upgrade my WordPress account to a premium plan and pay a monthly fee if I wanted to include them!  Major bummer!  So, since I’m too cheap to do that, you’ll just have to take my word for it….the views are awesome and well worth a trip!

Live in southern Maine and want a shorter day trip?  Route 9 from Sabattus to Lisbon, Route 197 from Sabattus to Richmond, Route 117 across Streaked Mountain from Turner, Route 118 west from Norway, and Routes 127 and 128 are all good motorbike roads — curvy, good pavement, and at least a few nice views to reward your time — but don’t expect them to rise to the magnificence of the Kancamagus!